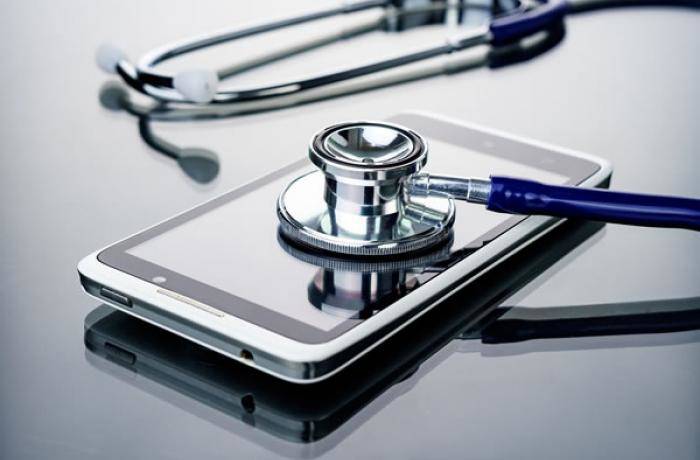 – 16% take time off sick as a result, while 29% say they’ve suffered with it but cannot afford to take time off

ATLANTA, GA, 5 September, 2018: New research released today shows that mobile device reliability is having an enormous impact on the health and well-being of mobile workers, with over 40% experiencing stress or anxiety due to device issues that prevent them from completing their job effectively.

The strain of dealing with device issues in the field, such as battery failure or crashing apps, led to 16% of mobile workers taking at least one day off work in the last year due to the resulting stress or anxiety, including 7% who took six or more days sick leave as a result. As well as being unable to complete tasks, respondents also said mobile device failure sparked customer anger and rudeness, further increasing stress and anxiety levels.

When the findings are applied to the entire US mobile workforce, estimated at 62,3866,000 people, the cost of sick leave taken as a result of stress or anxiety caused by device reliability issues to the US economy would be at least $8.6bn per year*. Added to the UK research results, the economic impact to both economies would be at least $10.2bn**.

A further 29% said they suffered stress or anxiety as a result of mobile issues but hadn’t taken time off as they could not afford to. Additionally, 24% said they haven’t raised their device issues to management as they felt their employer will not do anything about it.

The figures are the result of a survey of mobile workers in the US and UK by B2M Solutions, a global software company that dramatically improves how enterprise mobility is operated and managed.

The ‘Mobile Impact Survey‘ took the opinions of 200 mobile workers across the US and UK who stated that the mobile device they used at work was a critical tool for them to complete their tasks, and that device reliability was paramount.

The impact to businesses for the time that staff take away from work increases the Total Cost of Ownership of mobile devices, the typical metric for measuring return on investment, by up to 14% per year. B2M states this is a key component in deriving the True Cost of Ownership™.

Gary Lee, B2M Chief Revenue Officer, commented: “Businesses are placing more responsibility onto their mobile workers but aren’t investing in tools to ensure the critical mobile devices they need to perform these new tasks are operating correctly and can be depended on.

“And it’s in their own interest. Our estimates on the cost of device failure are conservative, as even our True Cost of Ownership™ figures do not include further potential impacts such as having to pay overtime to remaining workers to pick up their sick colleagues’ excess work, financial penalties for missing customer SLAs, brand reputation damage, insurance claims or in extreme cases the cost of out of court settlements for workers who are unable to return to work.”

David Krebs, EVP, VDC Research, added: “At VDC, we track the total cost of ownership for enterprise mobility that covers not only the upfront deployment costs but also the softer post-deployment support costs. We will be releasing our new report in September, 2018. What we have found in our research is that poorly designed mobile solutions frequently translate to lost productivity and worker frustration as a result of mobile devices and/or applications not performing adequately, adding to the overall solution costs. Solutions like B2M’s Elemez provide a real-time view of performance issues, and thus a way to potentially control these costs.”

Battery issues proved to be the biggest killer of productivity with over 40% of all respondents citing it as the most common device problem. In the UK figures reached as high as 45%.

Other problems encountered included Wi-Fi/Coverage issues (31% US and 24% UK) and apps often crashing (10% US and 15% UK). In fact, only 9% of US and 16% of UK respondents said their device never lets them down.

Many businesses place their faith in mobile employees and the devices they use to support and deliver vital services – quite often at the point of contact with the customer.

But B2M’s survey found that a quarter of mobile workers would rate their device at three out of five stars or less, and that one in five had already experienced angry or rude customers as a result of worker’s device issues which caused them to be unable to serve the customer. A further 25% said they thought it would be only a matter of time until they receive the same treatment.

B2M’s survey found that many businesses may be unaware why productivity – and more importantly, worker health – may be suffering. In the UK, 44% of the mobile workers surveyed said that although they feel stressed or anxious because of faults with their device, they just get on with it. US figures were not far behind, with 37% reporting they continue work despite device related stress or anxiety.

Lee added: “The findings of our report paint a disturbing picture. Businesses need to take proactive steps to predict and prevent mobile related issues before they impact the mobile worker. Tools such as B2M’s Elemez which provides real-time mobile device analytics can help to solve these problems by improving visibility and reliability of mobile devices in the field. A reliable device will not only improve worker well-being but will improve productivity and ensure the business is able to realize the full benefits of mobile technology.

In June 2018 B2M surveyed 200 mobile workers, 100 from each of the UK and US, who stated that a mobile device was critical to them to perform their tasks. Respondents confirmed they used either a consumer device, such as Apple, Samsung and HTC, or a rugged device such as Panasonic, Zebra, Honeywell or Intermec.

Mobile workers surveyed included utilities, telecommunications and cable engineers, healthcare and social workers, logistics and warehouse staff, hospitality and retail staff. The survey did not include any office-based workers or those in a sales role.

**Figures based on ONS UK labour market August 2018 (32.39 million people in work) and Deloitte Mobile Readiness survey (40% of UK workers use mobile device) to find that there are 12,596,000 UK mobile workers.

Founded in 2002, B2M is a privately held company based in Abingdon, UK, with North American operations in Atlanta, Ga., U.S.A.   For additional information, visit www.b2msolutions.com.