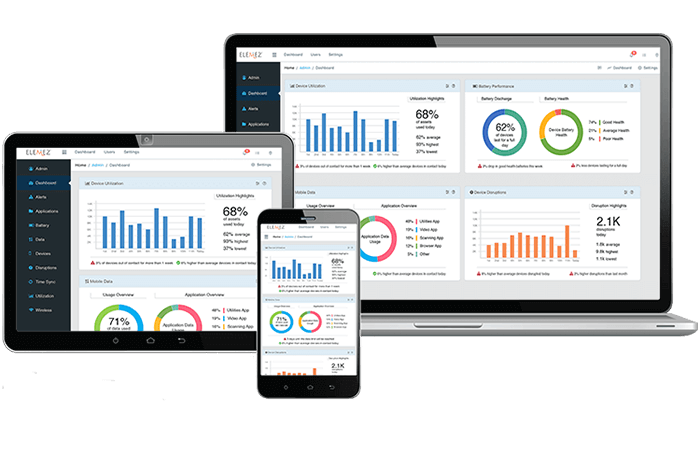 The addition of iOS to Elemez, means B2M now supports the vast majority of mobile devices deployed in the enterprise, ranging from legacy rugged WinCE hand held terminals all the way through to the latest Android, Windows and Apple iOS smart phones and tablets.

Once seen as a predominantly consumer mobile operating system, iOS is starting to enjoy rapid growth in many front-line enterprise situations, as an increasing number of businesses choose to replace WinCE legacy mobile devices with Apple. Others are opting for a mixed approach, with Apple devices front-of-house and rugged Android devices for field service or more industrial environments.

B2M Founder and CEO Julie Purves commented: “Apple mobile devices are increasingly being used with the customer in hospitality, healthcare and retail sectors. The introduction of third party protective cases and peripherals is also resulting in these devices being used in harsher and even hazardous environments such as those faced by field service and maintenance workers.

“By introducing Apple iOS support, B2M is ensuring that companies can now monitor the health of all of their devices, regardless of operating system. This ensures that all mobile users can now benefit from Elemez’s real time alerts, that notify managers of issues with devices enabling them to take action before the devices fail in the field.”

Purves added: “Mobile devices are critical to most businesses now and it is vital that they adopt a proactive, rather than a reactive approach to the management and maintenance of these devices. Catching issues early, allows companies to prevent painful and avoidable live operational issues from occurring altogether.”

B2M’s Elemez platform now has more than one million subscribers. The new Apple mobile agent is compatible with all iPhones, iPads and iPod Touch devices from iOS version 10.3 onwards.