Artificial Intelligence (AI) in mobile device management and mobile process optimization. Part 1 (of 3): The value of data and human experts 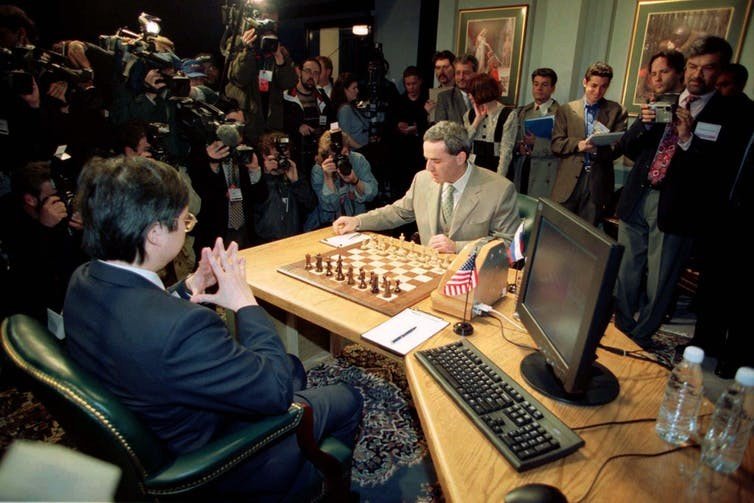 In 1997 IBM’s Deep Blue computer beat chess world champion Garry Kasparov by evaluating 200 million chess positions per second.  Since then, computers have achieved even more impressive results, with standard laptop computers beating even the best human chess players at the game by brute computational force processing data at ever higher speed and scale.

At B2M we have many years of industry experience in mobile device management and mobile process optimization. With the technology available today, such as low latency NoSQL databases and cost efficient cloud computing platforms, we can process large amounts of device health and mobile-process data. This allows us to detect issues, optimize performance and maximise return on investment (ROI) for mobile device deployments.

We can define which data we need to monitor from your mobile device deployment to detect issues before they cause operational problems and which metrics to optimize for a better ROI. Often reporting basic metrics already adds a lot of value to our partners’ ability to improve their mobile device management. For example, instead of just replacing batteries on a fixed schedule (or waiting until problems start to pile up), we can report the health of each battery and make recommendations for replacing individual batteries based on their individual performance.

As a data scientist at B2M it is part of my work to make calls about how confident we are in making specific recommendations. Is the data we are collecting from the devices reliable? Could there be other factors influencing the data? Working with our user experience (UX) expert I weigh what context we must present along with an alert or actionable recommendation for a user to verify and trust that our results are based on solid facts.

In many cases we want to report simple facts, that are simple to understand, and lead to a simple recommendation based on simple rules. For example, alert if the capacity of a battery is less than 50% of its design capacity and recommend the battery to be replaced. Computers are highly efficient to perform such a task and can monitor a large number of devices, thereby avoiding problems and thus saving valuable time otherwise spent troubleshooting both by support and front-line staff.

With the wealth of data we can collect from mobile devices, we have the opportunity to go much further than reporting on a directly measurable problem with device health. We can, for example, investigate if a updated mobile application causes mobile devices to operate abnormally when installed.

However, the further we move along in complexity and abstraction from simple directly-measurable metrics to higher-level predictions, the more challenging it is to build up and communicate the chain of causal evidence from the basic data to the actionable result – and the more unlikely we are to follow simple general rules.

Instead human experts usually rely on a good understanding of the mechanisms governing a system and well-grounded intuitions to interpret complex patterns. Automating such intuitions and human experience with a data processing system has traditionally been difficult, but this is beginning to change, as I will discuss in part 2 of this series on Artificial Intelligence (AI) in mobile device management and mobile process optimization.

To read more about Deep Blue and its impressive chess games, see: http://www-03.ibm.com/ibm/history/ibm100/us/en/icons/deepblue/